OMAHA is a family-friendly, inspirational drama based upon a real life story, with significant action adventure and sports elements to appeal to a broad movie demographic. 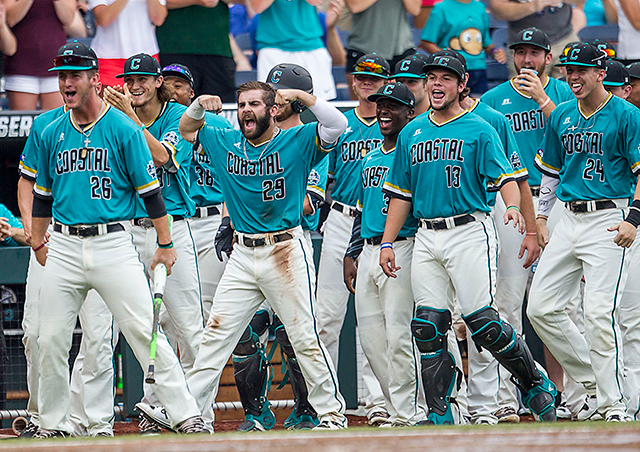 The odds were long. To say the least.

When Coach Gary Gilmore, head coach of a still-developing college baseball program, declared his intention to field a team that would compete at the highest national level, the notion seemed improbable, to say the
least.

OMAHA tells the inspiring, true-life, story of a university, a community, a fearless group of young men, and a man at the helm with an unquenchable focus on his faith, his family, and the belief that the impossible was obtainable.

Along that journey, though, personal crisis threatens to derail the upstart underdog Coastal Carolina Chanticleers. Tragedy confronts their close-knit brotherhood in a way that stretches them to the brink of breaking.

But with their vision fixed squarely on the task before them, the titans of the college baseball world begin to fall to this most odds-defying team. And one miraculous day – on June 30th, 2016 in Omaha, Nebraska – this improbable team indeed accomplishes the impossible, winning the College World Series in dramatic fashion.

The national media took notice, heralding their victory as an epic conquest that captured the best of what the sporting world has to offer.

Questions About This Film?